Compersion isn’t necessary to be poly. Here’s why it’s still important for me. 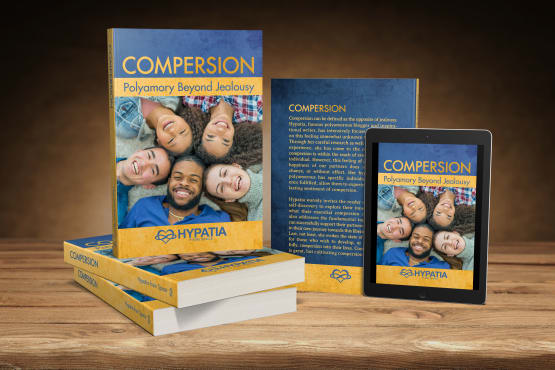 Saying that compersion is important may seem to be saying that we should never feel jealous. Needless to say, that’s absolutely not my statement. Jealousy is normal to feel. It’s a human emotion and most of us feel it. Poly people are not immune to jealousy. Neither should they, as jealousy, when well understood, is a very important red flag telling us that a situation needs our attention. So I’ll never stand for jealousy shaming. Rather, jealousy should be met with empathy.

Also, there’s a number of people who, not being very emotional in general, never feel significant jealousy, nor significant compersion. Rather, they feel neutral about their partner’s relationships, just as they feel pretty neutral about a lot of things in life. If that’s your case, that’s perfectly fine! Please, allow yourself to be who you are, and don’t give it a second thought!

This said, there’s also a lot of people who don’t feel neutral at all when it comes to their lovers’ other relationships. For them, the choice goes pretty much between jealousy and compersion. And if you ask them what they would prefer, guess what the answer will be! But when they ask how they can reach a sustainable state of compersion, they get answered that compersion is not necessary. And I believe there’s a good reason people stick to that answer: They would be in trouble if they said compersion might be a good thing, because the next question would be: « how do I do it then? » This is a question most people can’t even begin to answer to. Either compersion befalls them and they are happy this magically happened. Or it doesn’t and it seems there’s nothing they can do about it.

A few years ago, when I was new to polyamory, I was very puzzled: Some days, I was flourishing with compersion. It was flowing out of me like a river. I was so happy to see my husband in love with another woman! It was like a second nature for me. But then, other days, I became insecure, confused, fearful and, obviously… jealous. Then I would blame my husband for doing something wrong. Because I thought that if I felt jealous, it must have been his fault.

I’m a very rational person and I overthink pretty much everything. It seemed quite a paradox that I could be so compersive sometimes, and so crazy-jealous other times. What made the difference? Was I not the same person? Why could I not feel compersion all the time? (or why was I not jealous all the time, for that matter?)

First published in French, this book is now known as a must among the poly-French-speaking polyamorous communities on both sides of the Atlantic: in France as well as in the French Canadian communities of Québec. I guide the reader in the journey of discovering what their own prerequisite needs for compersion are. Compersion: Polyamory Beyond Jealousy is an invitation to expand your self-knowledge through the development of a greater capacity for compersion.

Compersion is not necessary to be polyamorous, but you might still want to give it a try, because it feels awesome! 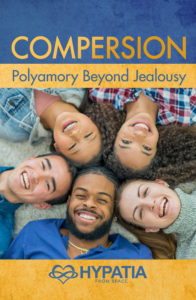 Hypatia has a Master's degree in Ancient History from University of Montréal. She and her husband have been polyamorous since 2013, but it was not until 2015 that she launched her blog Hypatia from Space, which was at the time, one of the only source of information about polyamory in French on the web. The immediate interest and enthusiastic feed-back from readers convinced her that her writings met an actual need in the community. In 2019, Hypatia's blog in being translated in English, to reach a broader audience. The topic of compersion has been one of her main interests since her beginnings in polyamory. The result of all her research and thinking is the first book fully dedicated to the topic : Compersion: Polyamory Beyond Jealousy.